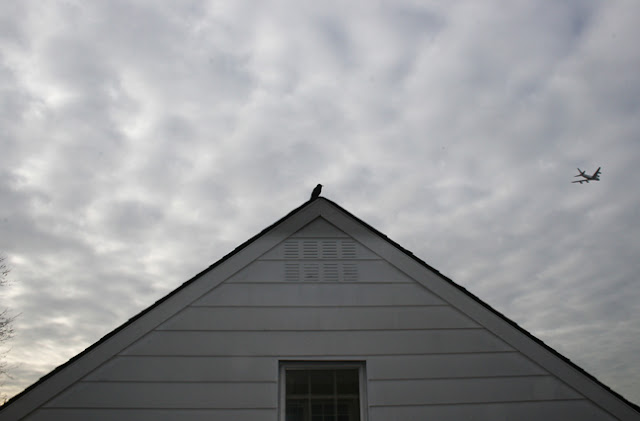 This little black bird has climbed into my bathroom vent every morning for weeks
and scratches around to make me think I have a racoon in my house.
I throw open my bedroom window to catch him in the act, but he flies up to the peak
of my neighbor's roof and perches with an air of innocence.
"What! I didn't do anything," he glares. 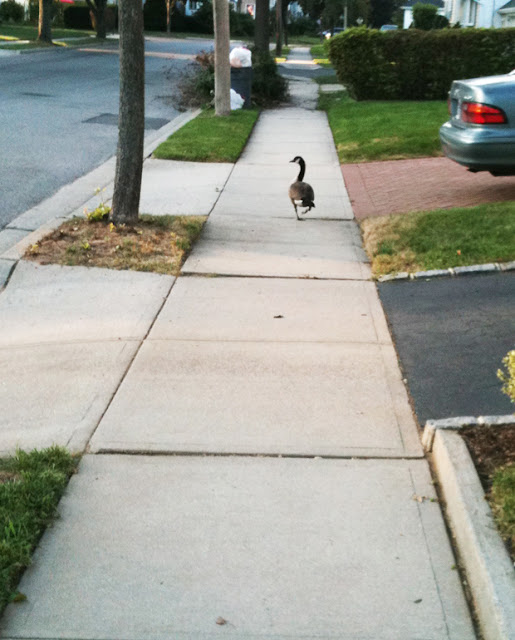 Another day, I was amused to see a goose just strolling down the sidewalk. 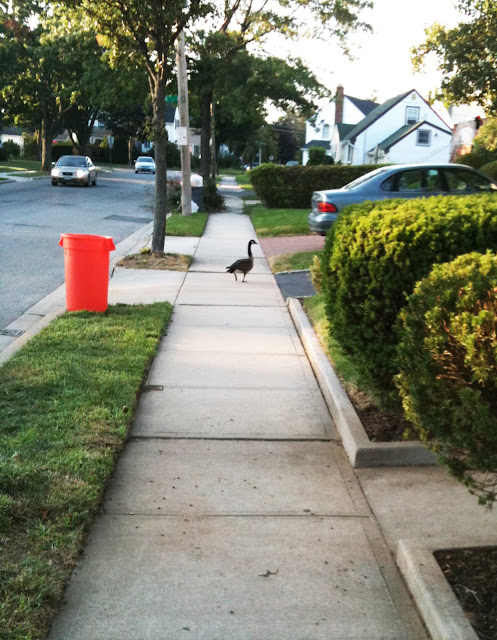 Apparently,  she was just putting out her recycle pail. 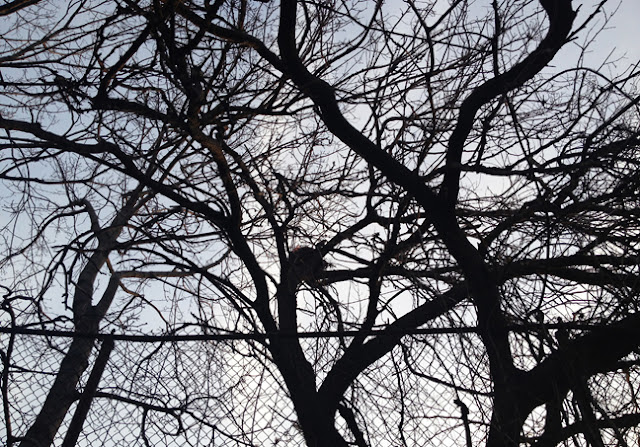 Yes. It's true. I am nuts (pun intended).
I spend large amounts of time watching the squirrels around my yard.
I have three local nests. One in each of the front oak trees and one in the backyard tree.
These little guys entertain me on long days of artistic isolation.
I once rescued a squirrel from drowning in my neighbors garbage can that had filled
with rain water. There is a simplicity in their world that I envy.

At the center of the photo (above) is the nest in my back yard with
the homeowner emerging just after sunrise. 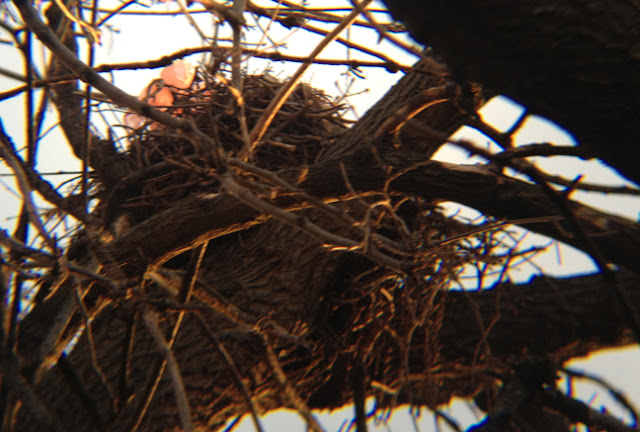 I am proud to say that I have flamboyant squirrels.
I watched them build this nest one morning and returned to find it had a splash of personality—
a lovely piece of pink plastic fluff topped it off. It is lit beautifully at sunrise. 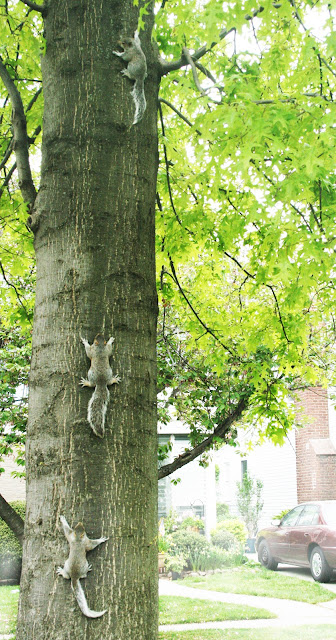 One morning I found three baby squirrels frozen on my front oak tree.
They had ventured out of the nest but hadn't considered the challenge of returning. The runt of the litter was at the end of the line and having the hardest time. I watched as the mother appeared
on the scene, climbing up the trunk and into the nest several times over as if teaching them how to do it. Number 1 followed her lead and returned to safety. She extended her body, head first, to allow
Number 2 to climb on top of her, and he made it back. Number 3 stayed frozen, just a weak squeak of help coming from him. Finally, mama gave in and hung her body down and grabbed him
and pulled him up to safety. As a mother, I have to say I felt connected to this little family after witnessing this.